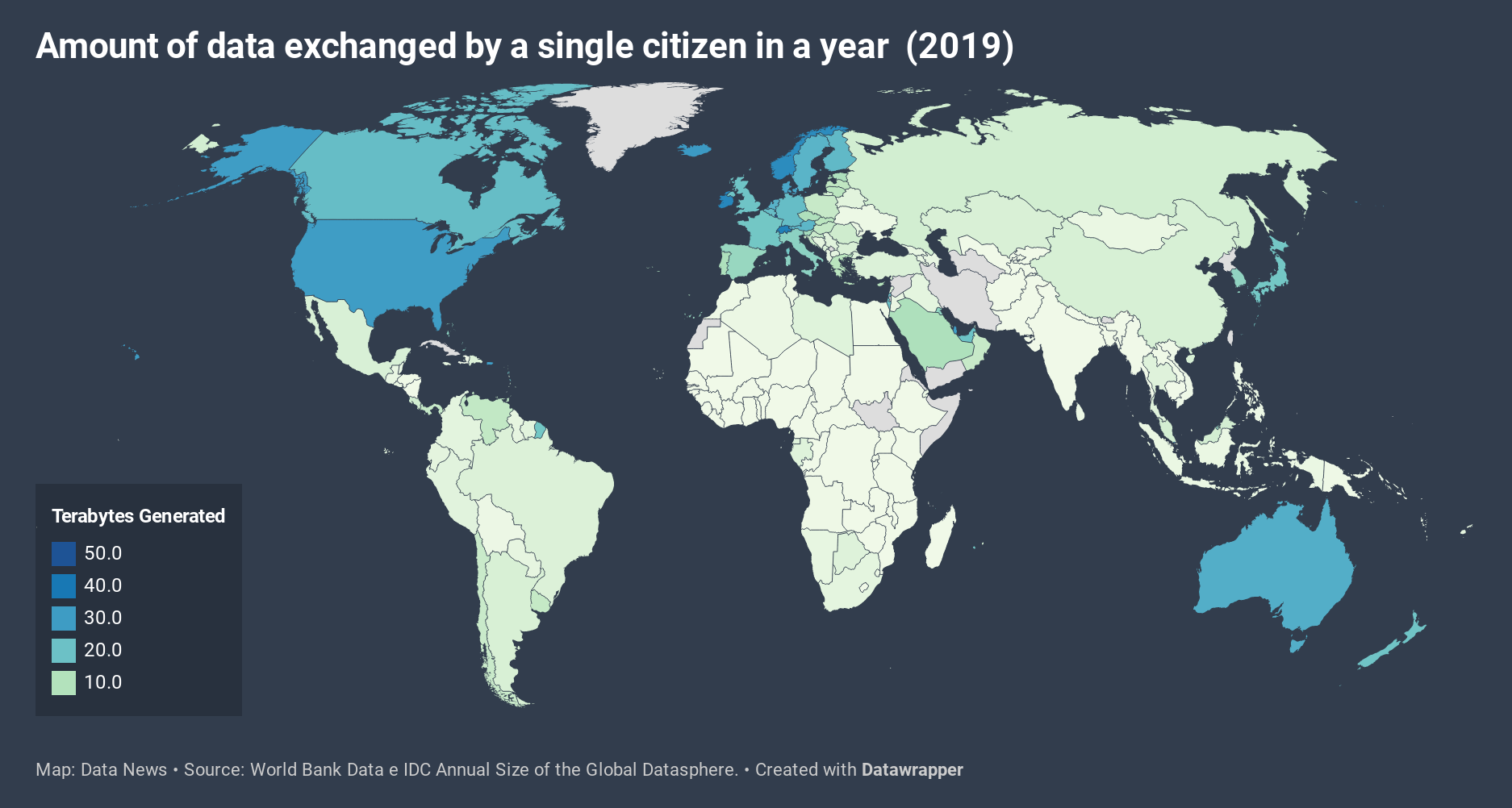 How many Terabytes a year does a citizen contribute to the Data Economy?

We’ve been discussing ways to measure and understand the Data Economy, so we first compared all the data exchanged around the globe in a year to the size of each country's economies. Now, we add the population factor to it.

Check out the map and the graph we've made with data gathered from World Bank Data and IDC Annual Size of the Global Datasphere.

A closer look at the data:

Rich, developed countries are still on the top when it comes to the Data Economy, but let’s keep an eye on any potential exceptions. Do you have any other insights on that?

Most major cities in the world are working on some kind of smart city project, but the expression is sometimes misused for advertising purposes. Check out a few interesting projects to follow:
Research