Already got a HAT?

Research
Wearable sales are still on track to grow by 17.7% during a pandemic year. 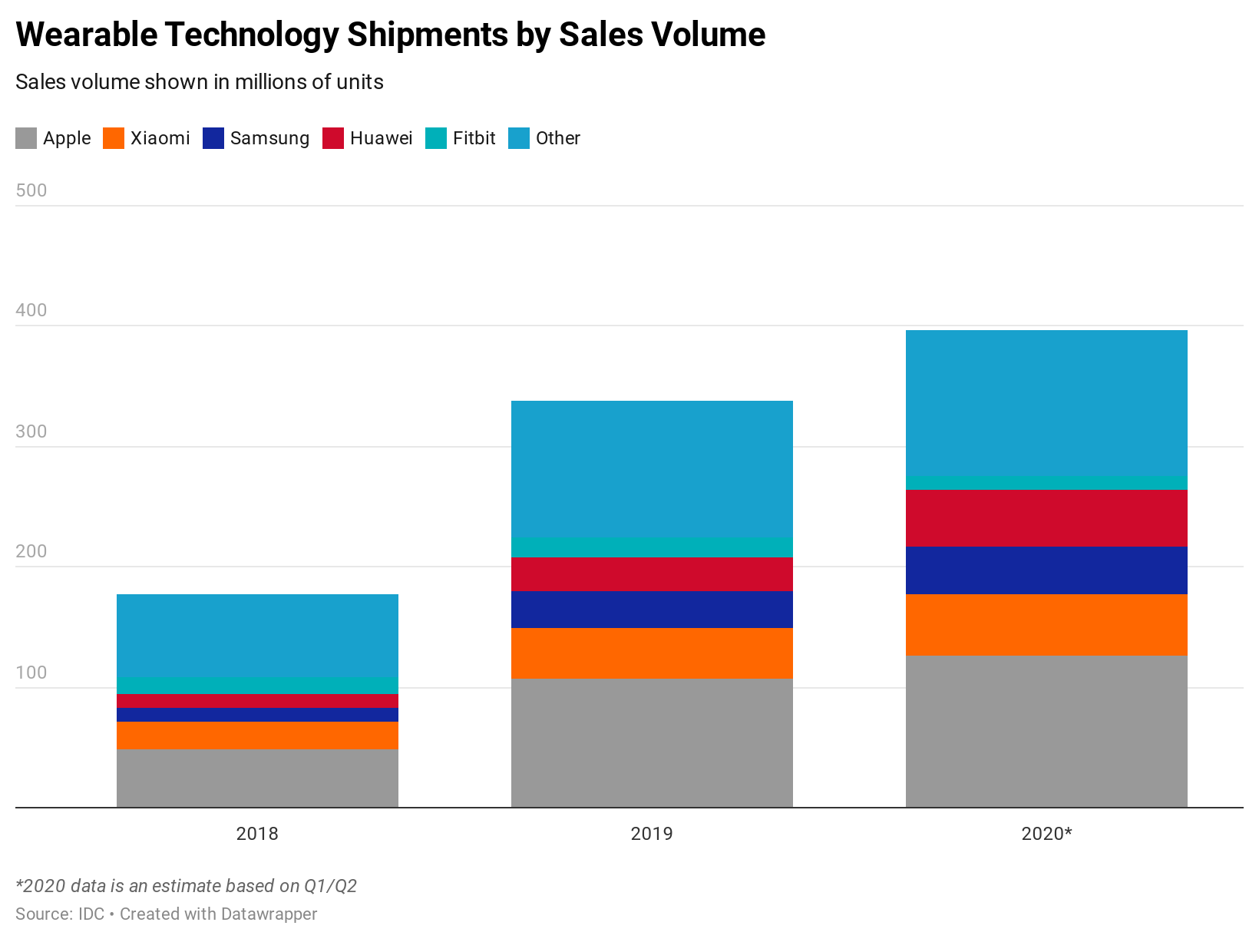 Remember when smartwatches simply helped you track your fitness journey? That time has come and gone as today’s big tech companies are pushing the boundaries of wearable technology.

The wearable tech market has grown year over year since 2018 with an estimated 396 million shipments in 2020. Currently, market share is dominated by Apple, Xiaomi, Samsung, Huawei, and FitBit. Understandably, companies across the board have dedicated time and resources to adding their own spin on wearables, including renowned fashion brands Hermès, Tory Burch, and Levi’s (who take up space in the “other” section of the above chart).

Companies collecting data from your devices understand the value of what they collect and have recently introduced new developments that will take personal data collection to the next level.

Facebook’s Project Aria, a set of Augmented Reality (AR) glasses, is meant to serve as a digital assistant that makes day-to-day life laughably simple. Project Aria can detect road hazards and think up statistics mid-meeting. The AR glasses track eye motions, which can clue the technology into what the wearer is thinking and how they are feeling. Apple is also developing an AR headset with similar capabilities.

Amazon’s newest venture in wearable tech, Halo, is a wrist-worn device similar to what’s already been released by a multitude of brands. Halo differentiates itself through its ability to analyze the wearer's tone of voice and report whether the day has been positive or negative.

Despite wearable tech’s undeniable advantages, there is the possibility that these devices will give away too much personal information. Eye tracking and tone analysis give considerable insights into a consumer’s thoughts and feelings. Facebook and Amazon have clearly stated that they do not intend to use these data points for ad-targeting or monetary gain, but they seem reluctant to mention what the future will hold.

As wearable technology continues to grow and expand, these companies must be held accountable for protecting their users - fitness journeys and beyond.

Stay up to date on the latest from Dataswift

Join our newsletter.
Thank you! You're one step closer to benefitting from the Ethical Data Economy
Oops! Something went wrong while submitting the form. 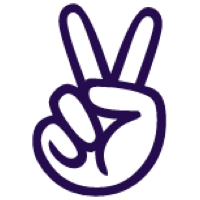 ©2020 DATASWIFT LTD, a company incorporated in England and Wales with registered number 09821157, whose registered office is at 8 Comberton Road, Barton, Cambridge, England, CB23 7BA. Authorised and regulated by the HAT Community Foundation and Financial Conduct Authority.
Products
Dataswift One
Jumpstart
Dataswift Plus
See it in use
Developer Resources
Our Company
Our Story
Our Team
Investor Relations
Press
Careers
Contact us
Book a Call
Contact
Own a HAT?
Find out more
Terms & Conditions      Privacy Policy