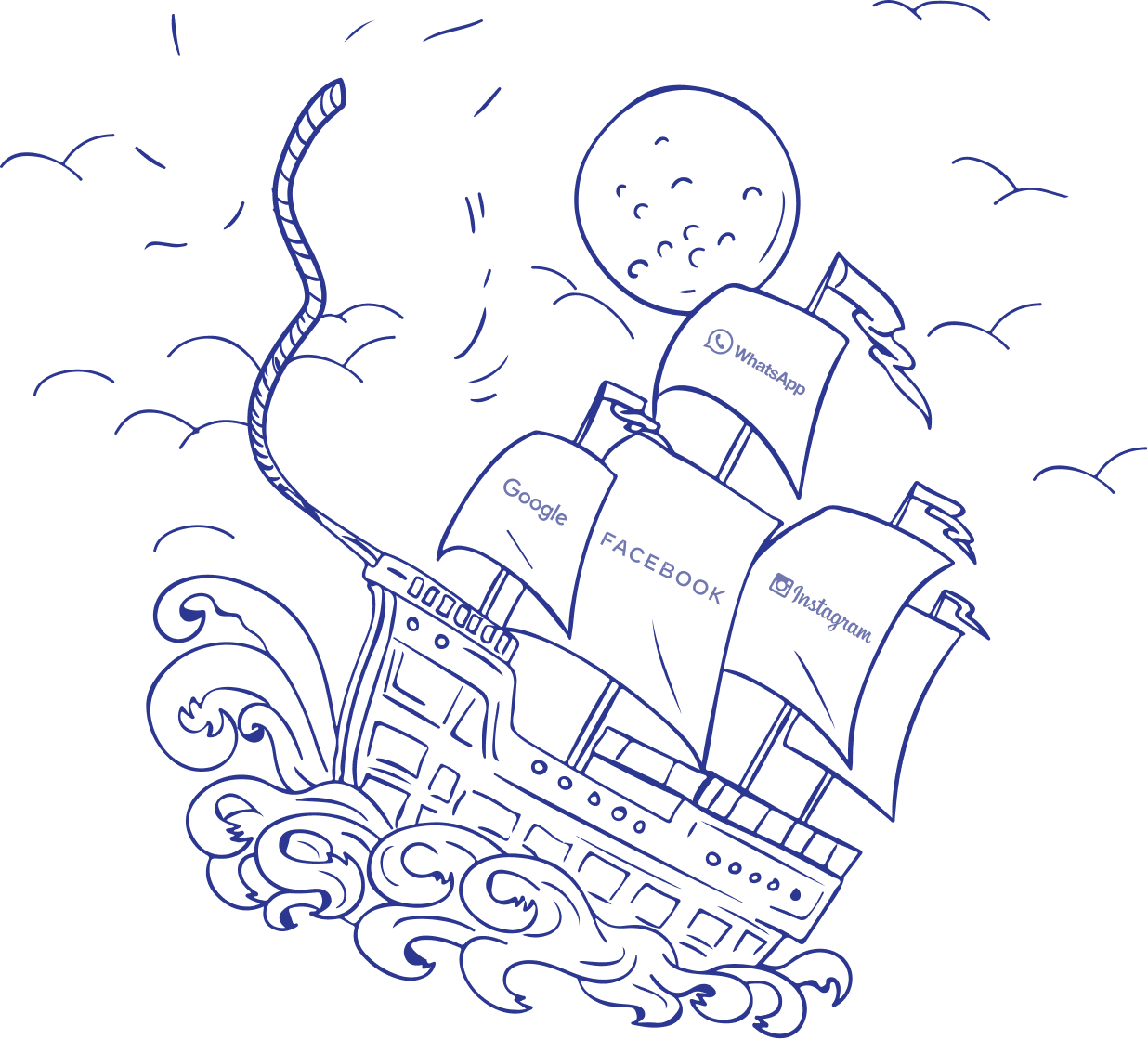 There’s a 2.0 form of colonialism happening under our very eyes.

There’s a 2.0 form of colonialism happening under our very eyes. Facebook, for example, has been setting its foot on developing countries for a while now. Ever heard of Free Basics? It's one of their first projects to offer access to a small selection of data-light websites in countries with connectivity issues. Not a surprise: it was banned in India in 2016 after a lot of protests. It actually determines which websites users can or cannot access and, guess what: Facebook is the homepage.

Zuckerberg’s team has another related project named 2Africa. A “mission”, as they call it. They’re installing undersea fiber optic cables around the whole continent. Dan Rabinovitsj, their vice president of connectivity, thinks that’s “one of the most exciting things” he’s seen in a long-time. Civilians have been quite silent about it this time, but not because they don’t have an opinion. It looks like many civil society groups in the continent are financed by Facebook itself. Ironic, right?

Well, it seems like the missionary-like good guys from up North are going to save the world again.

Starting with some research

Who is buying your software?

The GDP is one interesting way of seeing countries’ data economies and potential opportunities for the tech sector, but how can we measure the exchange of data technology between them?

Let's have a look at imports and exports of ICT (Information and Communications Technology) per country, which translates not only into integration of telecommunications and computers, but also every tech service like company software, cybersecurity and data storage.

In today's research, we’ve found it interesting to highlight the countries that import ICT services the most. Some surprising and relevant conclusions:

Data economy is flourishing around the world, so be aware of the best solutions for your business.

Here are the rest of your headlines

Data and social studies have never been so related

Another name for opportunism?
Tech giants have been finding new ways of gathering data from citizens, this time with major investments in connection infrastructure in the global South. A huge example is Facebook’s 2Africa project. Altruism in poorer countries? We don’t buy it.  (read more)

Amazon under investigation by German authorities
The German antitrust authority started an investigation on Amazon last Sunday. The company has allegedly blocked third-party trades from its platform due to excessive prices. It claims the system is designed to take action against price gouging. Is their system above the law, though?  (read more)

Language is a struggle for contact tracing in the USA
No hablamos español! Health departments across the US fail to properly investigate coronavirus outbreaks among immigrants. Apparently, they didn’t anticipate how these traditionally marginalised communities, thus risk groups, may not speak English. People still lack trust when asked to provide sensitive data and might fear immigration issues for themselves or others. (read more)

Your doorbell may be spying on you
Consumers’ Reports website has tested 24 video doorbells and says most of them lack two-factor authentication. If you have one, you probably don’t have control over your data and your personal information might be exposed. (read more)

Some good news for a change
Have you heard about the “Data for good” movements? They show how data analysis can be used by nonprofit organizations to support a wide range of humanitarian causes. It started in 2018 and has recently been a powerful tool to fight COVID-19.  It’s not always about technology itself, but what we do with it. (read more)

They’re telling us half the story, but we'll keep looking at the data,

See you on Thursday.

Where are my rights?

We might be facing a dangerous turning point in which companies profit from turning our racial identities into a product. How white, black, Asian or Latin are you? They’ll do the math
Research

We shouldn't take our right to access online information for granted.
Data News