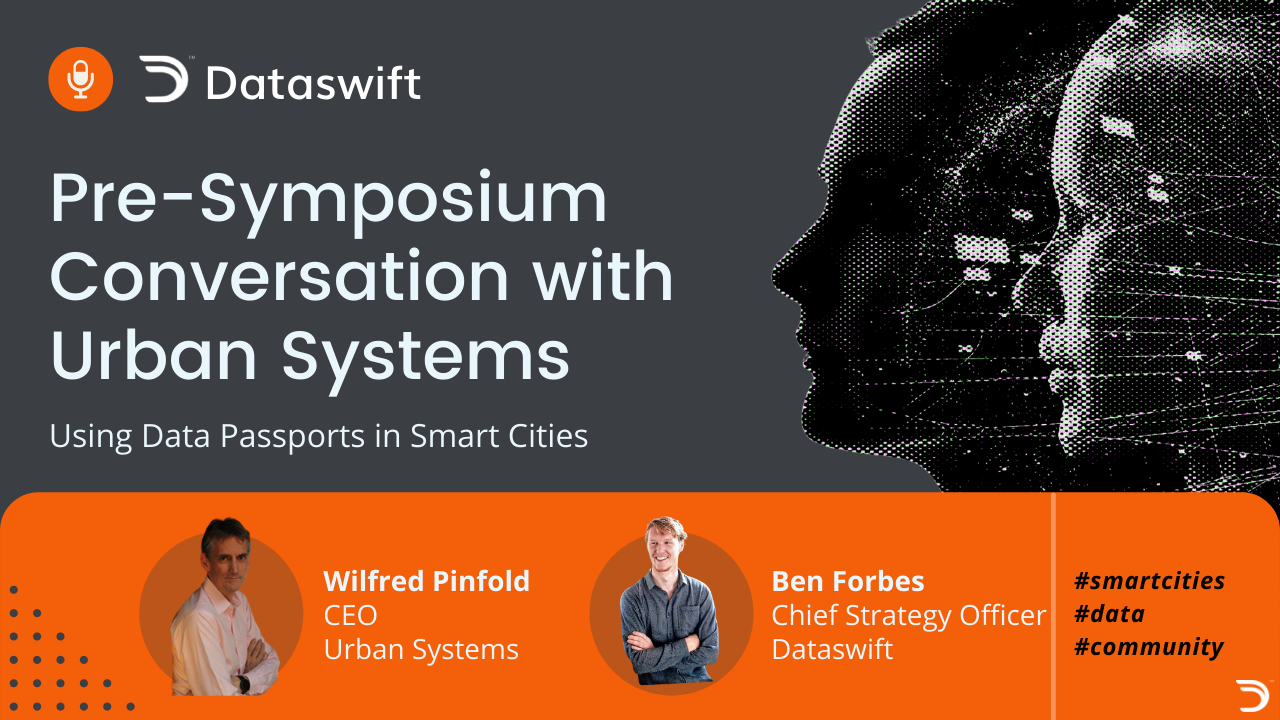 As interest grows in smart cities around the world, particularly in the US, a greater understanding of data use is needed so that citizens can have better services as well as agency in their interactions with their cities.

This was the focus of the Feb 16 pre-Symposium chat with Urban Systems CEO Wilfred Pinfold and Dataswift Chief Strategy Officer Ben Forbes, whose conversation also considered how a decentralised data architecture grounded on personal data ownership could be used in the context of community-driven smart cities. There was much discussion around the following:

Open source is the way to go

Loss of agency over citizens’ data

A citizen app to address the agency issue

Catch up on the full conversation here:

WIlfred will also be presenting at the 5th Symposium on the Digital Person on March 1.

BOOK NOW for the Symposium

Harnessing the Value of Data

As data becomes increasingly valuable, decentralisation and data portability play critical roles in making the most of that value